My collection of golf related drawings, original oil paintings and signed, limited edition prints is called "Fairway to Heaven" - and I wanted to share some cherished memories that started me on my challenging journey in trying to play a decent game of golf!

For as long as I can remember I’ve loved the game of golf even though these days I rarely if ever play, I think it probably has something to do with an incurable slice, lack of patience and dodgy knee.

However if I can get a chance to see it live at one of the many tournaments, or on tv I’m fascinated at how skilful and easy the professionals make a truly difficult and frustrating game appear.

My own personal frustration with the noble game began many years ago when myself and practically every wee boy from the village of Springside would visit the local pitch and putt course which was nearby the Annanhill golf course in Kilmarnock on the west coast of Scotland.

It was a place that we would visit practically every day during the summer holidays and most weekends during the year, that was until we came up with the bright idea of creating our own course in the local football park at the far end of the village.

Armed with a spade and a handful of canes from one of our dad’s greenhouses, we dug 9 holes at various distances from each other and stuck the canes next to the holes to mark where they were and act as flag poles.

The only problem that most of us faced was that nobody owned any clubs so off we trod back to Annanhill pitch and putt course and we would pay our shilling to get our ball, 7 iron and putter and we would get to the 9th hole which just happened to be the furthest from the green keepers hut and also was right next to the bus stop for heading home back to Springside.

If you timed it perfectly so as not to attract attention to yourself you could jump over the wire fence, stick your arm out to stop the A1 bus and 5 minutes later would be swinging away on our own golf course at the end of the village. I dread to think of how many clubs were “borrowed” from that wee pitch and putt course in Kilmarnock.

One abiding memory I have of the “borrowing” deed being executed was by my good friend who shall remain nameless, called Jim. He decided one day while on the 9th hole to obtain his own personal set of clubs for use at the now famous Springside 9 hole golf course.

For some reason that still baffles me yet at the same time makes me chuckle with laughter was that the bold Jim thought it was a good idea to make the theft less conspicuous by shoving both clubs down each leg. He timed it perfectly as the A1 bus was on its way up the hill and he had about 30 seconds for the lights to change to green, stop the bus and make a clean getaway.

The only problem he faced was trying to get over a four foot wire fence, run about 20 yards and then climb up on to the bus all without being able to bend his legs. You had to see this to believe it but the bold Jim did eventually make a getaway minus a pair of ripped jeans and I suspect half of his manhood let alone an almost intact dignity.

We all enjoyed that wee golf course for years to come and even witnessed to odd hole in one till either Wimbledon started or another World Cup began or the council forgot to send the tractor round to trim the grass but every time I visit my old haunts I will without fail pay my respects to that home grown golf course and be eternally grateful to the generosity of Annanhill pitch and putt for supplying the clubs needed to keep a bunch of wee toe rags occupied during the long summer days of my childhood.

I hope this collection of original oil paintings, drawings and signed limited edition prints brings back happy memories for yourselves and cracks a smile as you remember all the highs and lows of trying to master the game of golf. 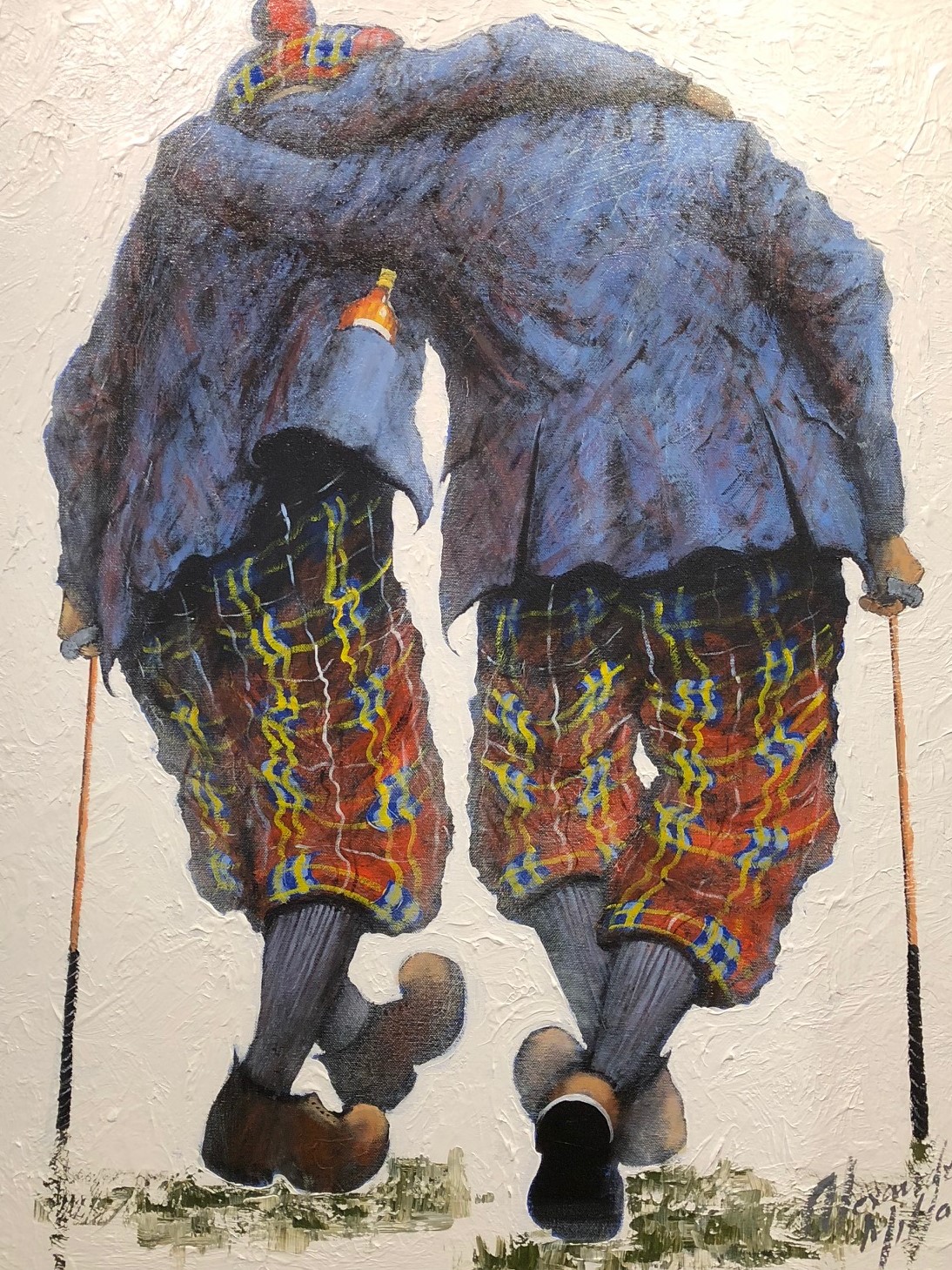